When I was 13, I developed a crush on this actress: 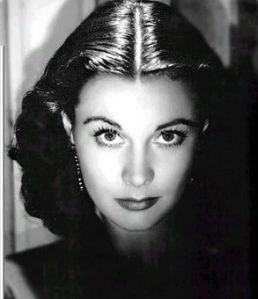 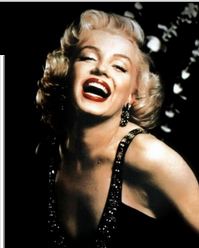 Hint: I still kind of imitate her facial expressions without meaning to do so.

I do wear ballet flats all the time but not because I like them. I only do it because I’m a clumsy cow who can’t walk 10 feet without tripping up. Just this morning I almost fell down and two students had to catch me and keep me stable.

The winners of this question are:

Dame Eleanor gets 0.5 for getting the second guess right

And three more people who know me really well and who gave correct answers, too:

This was a difficult question that even my own husband couldn’t answer. Don’t worry, though, we will have many more questions, and everybody will get a chance to win.

The last day of the semester is here, and I’m ready for my regular “I’m so tired that. . .” post. Feel free to add your own symptoms of extreme exhaustion.

. . . tonight I dreamt that N. and I were characters in the movie Lawrence of Arabia. This makes no sense because I never even saw that movie.

. . . I haven’t found the energy to swear on my own cursing thread on this blog.

. . . I wasn’t able to finish a single plate of borscht yesterday. It sat there in front of me, all beautiful, red, and inviting. Yet I was indifferent to it.

. . . a student broke my new, huge orange cup and I didn’t feel anything.

. . . I can’t finish the new book by Barbara Vine because it has many 3-syllable words.

. . . I haven’t had energy to follow the news to the extent where my students are better informed about what is happening in Mexico than I am.

. . . There is a room full of good free Croatian food down the hallway but I can’t muster the strength to get myself there.

One hour and forty minutes to go before the end of the semester. And then I will just collapse.

The Europeans are also very special. Yesterday, I was at the committee that goes over the research grant proposals and assigns funding. One of the scholars needs to travel to Winky-Dink, Utah to conduct his research. Among other things, he requested funds to rent a car in Winky-Dink.

One of the people on the committee is a recently hired scholar from a European country.

“I don’t know why he can’t just get a cab instead of wasting the university money on a car rental,” the European announced.

There was a stunned silence.

“There are no cabs in Winky-Dink, Utah,” a colleague explained.

“What do you mean, there are no cabs?” the European persevered. “There are cabs everywhere!”

The laughter was so loud that the secretary ran in to see if we were OK.

“Let them take cabs,” a scholar from the Department of History moaned, wiping tears off her face. “And let them eat cake, as well, I suppose.”

I, however, know exactly how the European feels. I once spent 30 minutes trying to flag down a cab in New Haven, CT, and I learned my lesson.

Apparently, my rants against the Soviet Union and communism made the students in my Hispanic Civ course classify me as an admirer of Bill O’Reilly.

“So do you agree with what Bill O’Reilly said about unicorns the other day?” one student asked.

“Unfortunately, there are limits even to my knowledge of current events,” I confessed.

Now I’m wondering whether he really made an announcement about unicorns or whether the student was making fun of me.

Several of my students shared with me that they want to emigrate to Europe. They say that they don’t like the excessive focus on work and achievement in the US and want to be part of a culture that is more concentrated on fun and enjoyment.

“Why do you want to be here instead of in Europe?” one student asked. “You are such a fun person, you must be really bored here.”

After I left class, something happened to demonstrate to me that the students are wrong and I’m right (as usual.) This is the perfect place for me to be.

As you know, I take the bus to go to campus and then return home. Normally, the bus runs with a military precision but yesterday it was about 8 minutes late. The transit organization, however, is so dedicated to getting passengers where they need to go on schedule that it sent a gentleman in a minivan to shuttle the people who were going not to the final destination but to the stops on the way. This would enable the bus to move ahead without stopping and catch up with the timetable.

There was just one person who needed to go to a stop on the way: me. I’ve been taking this bus at the same time for years, and the drivers already know that it will be just me waiting on that bus stop. So the gentleman in the minivan drove me home, as if he were a cab driver. And it was done free of charge because, he said, the transit company had messed up and wouldn’t charge people for the inconvenience of waiting for 8 minutes on the bus stop.

This might not seem like that big of a deal to you but I’m from Eastern Europe and to me the idea that somebody would care enough about a single passenger who might suffer the intolerable hardship of getting home 8 minutes late is very overwhelming.

When I was younger, it did bother me that there were fewer opportunities to have fun in small American towns than I would have wanted. Now, however, I really appreciate the incredible work ethic that Americans have. I have never seen any other people who work as much and as hard as the Americans. Other people work a lot, too, but for Americans work is their raison d’être.

There is a second part to  this story (that doesn’t have to do with the bus) but I have to go to class, so I will share it later. In the meanwhile, keep guessing about the shoes and the clothing styles. I’m keeping a tally of scores in a separate secret post.

Here is the second round of our game and it is really not too late to participate.

Which of these retro fashion styles do I HATE the most? 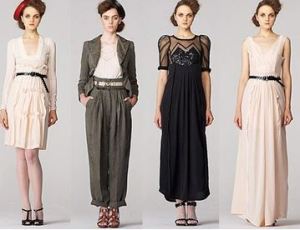 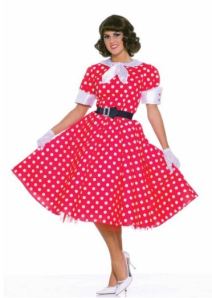 Double your win by guessing which style I LOVE the most. But make it clear whether you are guessing about HATE or LOVE.