One effect that the economic crisis has had on the madrileños is that the service has become really amazing. Entering a coffee-shop, a restaurant or a store is not a traumatic experience as it used to be. Everybody is now so polite and welcoming that you feel like you are in Sevilla and not in Madrid.

What is weird is the enormous number of people with dogs in the streets. I have never seen anything of the kind in a major city. Surely, the crisis can’t be all that bad if people can afford this strange luxury. Most of the dogs are really big, of the kind that is more expensive to feed than me.

A lot of Russian can be heard around every major tourist attraction. Souvenir stores offer guidebooks in Spanish and Russian. Sometimes, but not as often, in English. No other languages are as prominently featured. I guess the Russians are the only ones in Europe right now with lots of money that they can spend on tourism.

The bookstores are filled with veritable crowds of people who are buying books with such abandon as if there were some book apocalypse scheduled for the nearest future. I had to stand in line for almost ten minutes just to get a chance to approach the section with new history books. Have you ever seen a crowd battling over thick scholarly volumes on history? This is a really beautiful thing.

What I really like in Madrid is the communal approach to child-minding. When a child appears on the scene, everybody is immediately ready to get involved. A couple with a very small baby entered the coffee-shop where I was having a cup of sensational Spanish coffee. Immediately, everybody, including the patrons and the waiters, started taking care of the little girl, playing with her, showing her around, talking to her, etc., giving the young parents an opportunity to eat and talk with each other in peace. On the subway, a couple entered a train with a baby in a pram. The baby was hot but the parents couldn’t reach over to unbutton its coat because the train was full. So several passengers started busying themselves around the baby, making sure it was comfortable. An older gentleman started singing to the kid. There was nothing of this very American approach where everybody studiously pretends not to notice a child while the child’s parents glare aggressively at everybody, making sure that nobody establishes any contact with their kid. 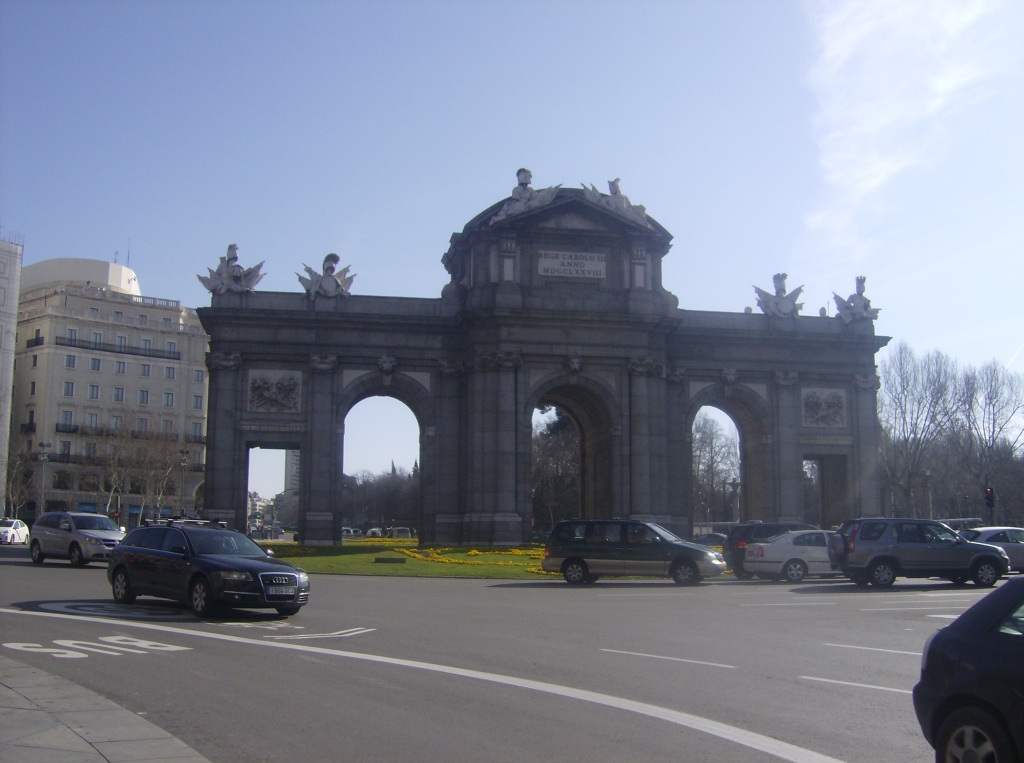 And how amazing is this:

But, of course, you can also feel the crisis. This store suggests that the customers battle the crisis with a good selection of meats:

And here is one of the really ugly facets of the crisis. Fascist slogans are becoming more common: 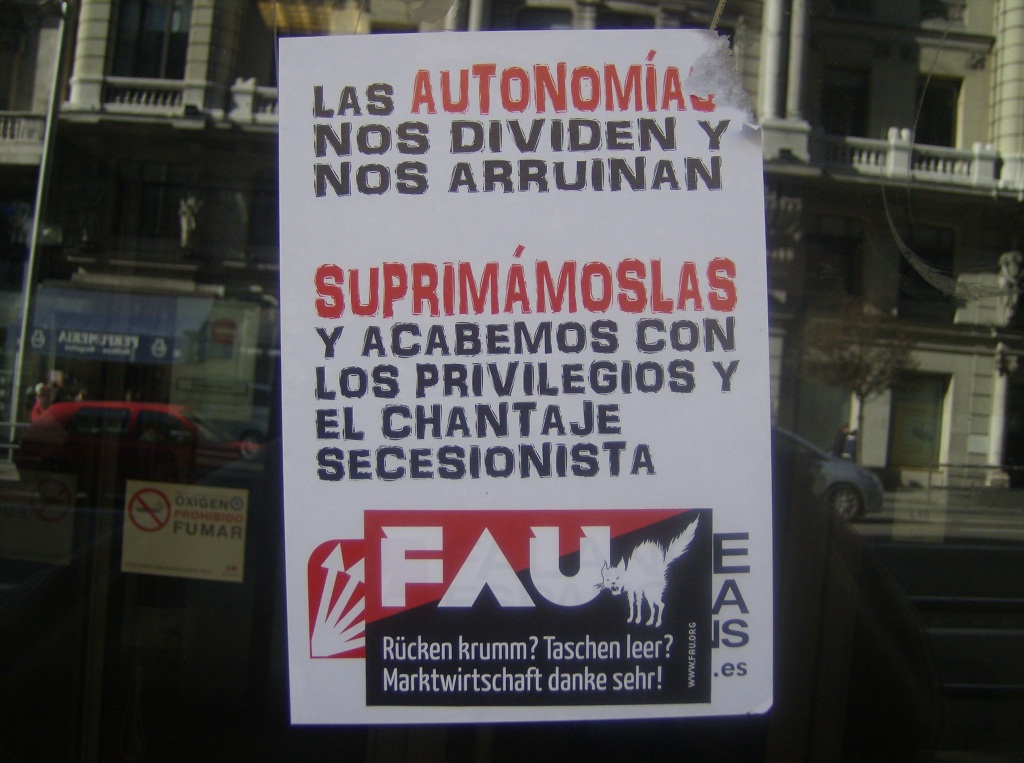 It isn’t surprising that a military general (a representative of Spain’s most retrograde and dangerous class) said the other day, “Vaterland is more important than democracy and the Constitution is just a law.” Then he proceeded to threaten a military overtake of power. Because those function so well for Spain. Just ask the people who still remember the fascist dictatorship of General Francisco Franco who used to say the same kind of crap.

A popular self-help book asks the readers to imagine what they would like people to say about them at their funeral. I don’t care what people say about me while I’m alive, and the idea of structuring my existence around what people might say after I’m not around to care any longer is really bizarre.

What is especially funny is that the book’s next two chapters explain the importance of becoming less dependent on the opinions of others.

I’m in Madrid, so everybody who has been worrying can sleep easy. Things are good, the hotel is nice, the weather is just like back home but without the snow.

The only problem is that the hotel has these nasty electrical outlets that are set deep into the wall and my adapter can’t reach inside deep enough. Who is the enemy of humanity that invented these vile things? They bugged me in Berlin and now they bug me in Madrid. I won’t be able to use my computer and keep the world abreast of my travel adventures if I don’t find a working adapter with mile-long prongs. Yes, I know how it sounds but I’m jet-lagged.

Madrid is out-of-this-world beautiful, though.