I’m coming back to the US and I’m wondering what I have missed.

Please consider leaving the links to articles you believe to be interesting or important for me to read or comment on.

Reader Kathleen was kind enough to leave me the link to this article where Mikhail Gorbachev expresses a harsh criticism of Putin’s recent wave of repressions against the peaceful political protesters in Russia.

It is really tragic that Gorbachev, who did so much to bring down the Iron Curtain and demolish totalitarianism in the USSR, never had the approval ratings of Putin, the former KGB agent who steadily deprives the people of Russia of all the rights they gained thanks to Gorbachev’s courage. Gorbachev was always disliked in Russia. Today he is either hated or despised in the country. Putin, in the meanwhile, enjoys sky-high approval ratings.

As Joseph-Marie de Maistre said after working at the court of the Russian tsar Alexander I, “Every nation has the government it deserves.”

This stupid jerkwad who thought it was a good idea to dress her 3-year-old son in a shirt saying “I’m a bomb! Born during the jihad of September 11” should be brought up on charges of child abuse instead of on charges of promoting terrorism. The child should immediately be removed from the custody of this unhinged freakazoid. If she thinks it’s OK to do this to a small kid, just imagine the other inventive uses she will find for him.

Thank you, Kathleen, for leaving here this link. What would I do without my readers?

My sister and I are celebrating. I hope you are, too! 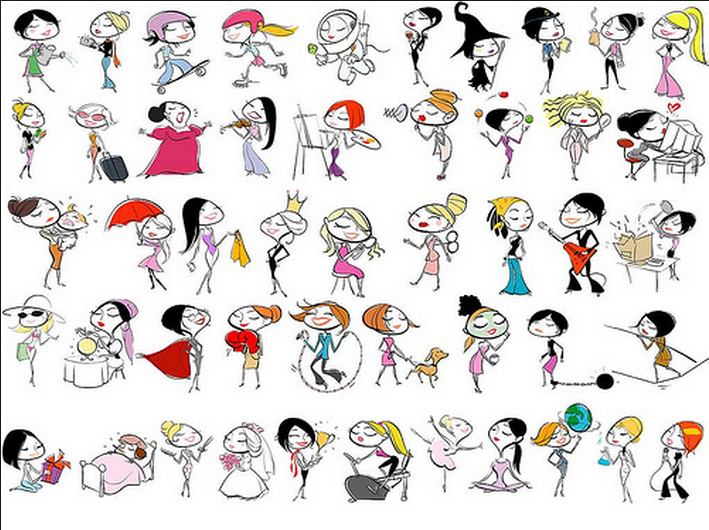 Yesterday, we visited Malasaña, the neighborhood in Madrid where the cultural movement of the 1980s called La Movida was born, lived, and died. La Movida reflected the Spaniards’ joy caused by the end of the fascist Catholic dictatorship of Franco. Finally, Spain could begin to live like any normal, developed country. People now had a chance to live the way they wanted, without having the priests and the military control their every move. They could practice their sexuality freely, wear whatever they wanted, listen to any music they liked, read and publish good books without fear, and enjoy existence.

I’m working on an article about a novel whose protagonist was part of La Movida, so it was very cool to see all the places that he frequented in the novel. 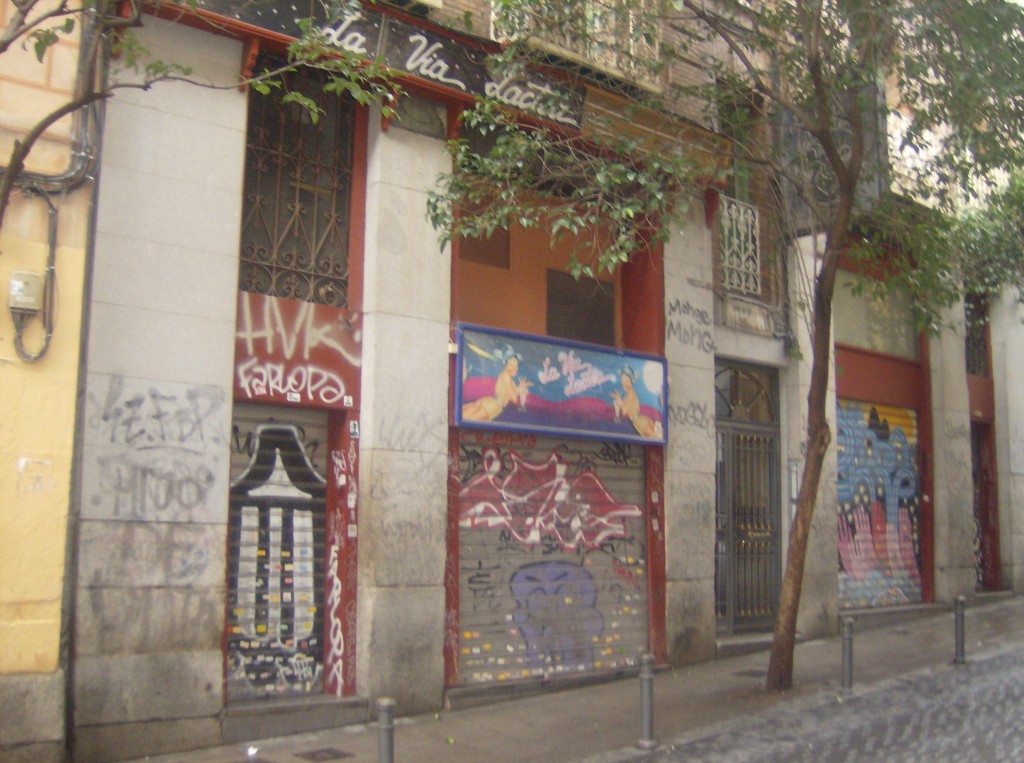 “La vía láctea” and “La vaca austera” are two of the bars where members of La Movida spent a lot of time. We walked around Malasaña during the day, which is why the bars are still closed in the photos. For the members of La Movida, the most important activity soon became hanging out in bars.

La Movida came to a bad end when the experimentation with the new-found freedom led most of its members to a heroin addiction at worst or alcoholism at best.

Today, Malasaña has been yuppified and has very little in common with what it used to be in the times of La Movida: