I thought we were past having these over-entitled WASPy boys preaching at us. Apparently not: 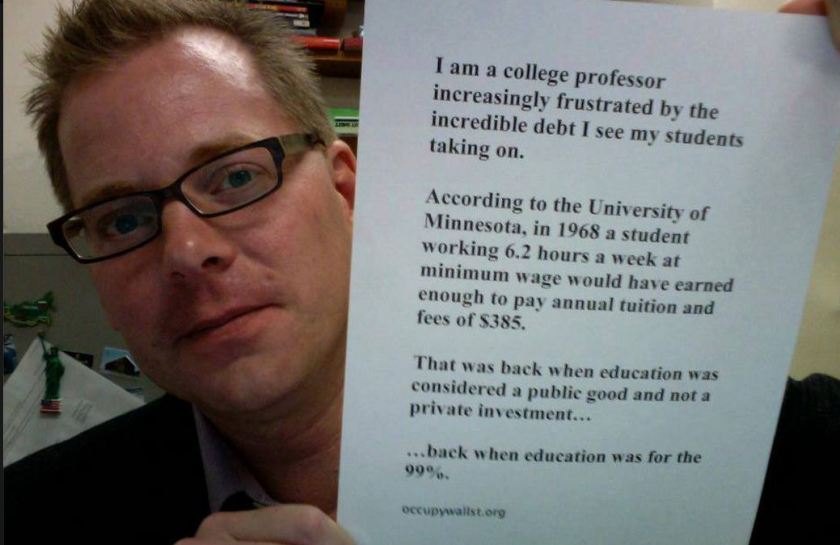 99% of whom, I wonder? Women? Blacks? Hispanics? Immigrants? Disabled people?

No, obviously not. The loser is upset that not everything and everybody these days exist for the benefit of over-entitled WASPy boys like himself.

I wonder what makes this smug idiot so modest, though. Why not just go pine for the times of slavery or the days when women didn’t even have the right to vote? I mean if he is pissing himself with enthusiasm over the time when women were not allowed to control their reproductive organs, why stop there? Let’s complain openly that the beautiful times when the nasty bitches were kept in their place are now over.

The complete lack of self-awareness and the degree of nearly sociopathic self-involvement one needs to possess to praise 1968 as a time where 99% had access to education never fail to make me angry. This is like spitting directly in my face. Tell me, what kind of a shared identity can I have with somebody like this?

My due date has been changed to September 11. I couldn’t say no because I passionately love the number 11. Also, the combination of 9 + 11 + 13 mesmerizes me.

The poor baby will have one weird Mama.

I just scrolled down my blogroll and my Facebook feed and discovered something very disturbing. In the discussions of the NSA scandal, the words “Edward Snowden” appear about 100 times more often than the words “US Constitution.”

I really hope we don’t see this crucial issue get reduced, in the customary American way, to a dime-a-dozen story about a Lone Ranger’s heroic battle with evil forces. It is so frustrating to see every political issue in this country reduced to personalities. It’s like people can’t discuss laws, politics, economy, their rights, or anything whatsoever unless they have imagined the issue as a Hollywood movie.

This reminds me of those endless and endlessly inane discussions of how a candidate for a crucial political office treated his dog and whether another candidate bought a puppy. It is as if people’s brains refused to process anything but puppy-related pablum.

The whole NSA debacle is turning into yet another round of “Julian Assange Against the World.” Remember how the whole issue of the Wikileaks degenerated into a Hollywood-like story of evil feminists who were also spies who were also CIA employees? Everybody (except me, of course) agreed that the leaks revealed hugely important information. Yet nobody (except me, of course) wanted to discuss that supposedly important information. It was all about the minutia of one person’s life.

I know I will now start getting outraged comments of the “How can we not talk about Snowden if it’s only thanks to him that. . .” variety. It’s easier to get into this fake frenzy than to notice that I don’t object to discussing Snowden. I object to discussing nothing but him.

My prediction is that this entire scandal will result in absolutely nothing. Except a Hollywood flick or two, of course.

Did he really say that? What a piece of work. And I’m not referring to Franklin, in case anybody is confused.

I mean, is Obama seriously promising us 100% security if we put up with this minor inconvenience of having our civil rights taken away? Because I don’t think even God can promise 100% security because there is supposed to be free will and stuff.

I also invite everybody to ponder the difference in the intellectual depth of the two quotes. Franklin and his Enlightened colleagues believed in progress and in the perfectibility of human beings and societies. I believe in them, too. And then I encounter these words from Obama and I’m not sure any longer.

We’re taught from childhood how important it is to explain how we feel and to always justify our actions.

Really? Are people actually getting taught that?

I mean I have 5 scholarly degrees and speak several languages, yet I’m incapable of processing this command. It looks like a meaningless jumble of words. How can one “always justify one’s actions”? I just used the toilet, sorry for the TMI. Am I now supposed to go knock on a neighbor’s door and justify that action? Or should I justify it right here on the blog? I could do that, of course, but in the 10 minutes that have passed since that action, I have engaged in about 50 more. Should I justify them all?

And who should be the recipient of my explanations as to how I feel? Other than my doctor, I can’t imagine anybody all that interested in constant updates on how I feel and what I’ve been doing about it.

This is just a small example of why generalizations suck. The linked blogger could have written a much more interesting post had s/he started it with “I was raised by a bunch of very eccentric folks who taught me these ridiculous things I will now tell you about.”

P.S. I will save you time and tell you what that long and boring post is about. Its message is that students are very inarticulate. I know, this must come as a total shock. Especially after such a highly articulate beginning to a post that discusses the issue.