The moment Nie Yuanzi’s accusation against Peking University was broadcast on 1 June 1966, posters went up in offices, factories and schools across the nation. Some were as big as a door, written in black ink with the main accusations underlined in red. Others were lengthy diatribes denouncing local leaders for betraying the party, corrupting the people, undermining the revolution or even working for a capitalist restoration. . .

As the students began to scrutinise textbooks, teaching methods and even the faculty themselves, more dirty secrets were exposed as other posters went up. . .

Soon teachers started hurling accusations against each other in order to save themselves, leading to furious poster wars. They knew far more about each other than students could possibly discover, and some had access to confidential records or boasted powerful contacts further up the echelons of power. As they blackened each other’s reputations, they dug further and further into the past, accusing one another of having colluded with counter-revolutionary elements, secretly joined underground organisations or sexually abused members of the proletariat. A few wrote self-criticisms or produced false confessions in the hope of gaining clemency.

Posters, eh? We got posters: 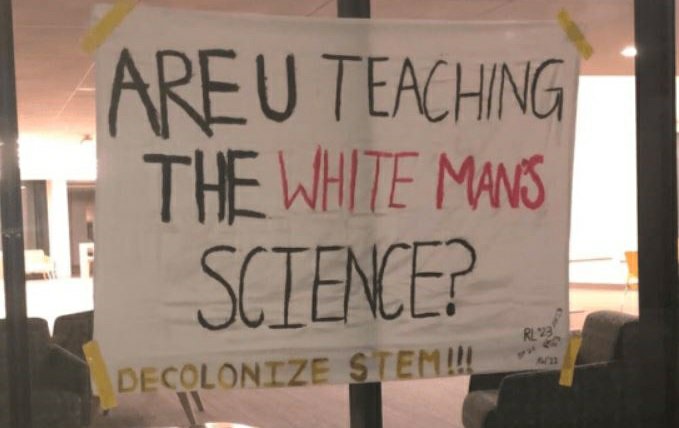 Maybe everybody else already knew this but I had no idea that the Cultural Revolution started with a criticism of a play. There was a historical play that somebody denounced as being racist-sexist anti-revolutionary. It was so much fun, and the poor author squirmed so delightfully that soon everybody wanted to condemn some books of their own.

And from beating up texts it was easy to proceed to beating up people:

Beatings came soon enough. After all, this was class struggle, a fight to the death against an implacable enemy. As students egged each other on, trying to outdo each other in their demonstrations of revolutionary fervour, the abuse intensified. Some of the accused had their heads shaved, others were given so-called yin and yang haircuts, where only one half of the head was shorn. Some were exposed to the summer heat for hours on end. In Xiamen a few were forced to kneel on broken glass.

If this isn’t identical to the BLM, you must have been in a coma and never noticed the BLM.

5 thoughts on “Got Posters?”