Here’s a longish quote to show why I find Charles Moore’s biography of Margaret Thatcher so irresistible. It doesn’t even matter who these men, Joseph and Sherman, were. I’d never heard of them before. But this characterization makes them come alive on the page:

“Joseph cared so desperately, thought so deeply, meant so well, and yet somehow bungled things. All these qualities were to become even more apparent in the course of 1974, and all of them, the bungling included, were to help the cause of Margaret Thatcher. Alfred Sherman was a very different character. A former Communist, and former machine-gunner for the anti-Franco Republicans in the Spanish Civil War, Sherman maintained a Marxist rigour of thought after his conversion to the right, and a Leninist capacity to identify virtually everyone else as the enemy. His style of argument was absolute. When arguing against public spending on railways, for example, he was not content to call for privatization or a reduction of subsidy: he argued that all rail track should be torn up and the lines converted into bus lanes. He was manifestly, almost proudly, ill fitted to the compromises of party politics.”

I actually left work early to go home and read the biography. 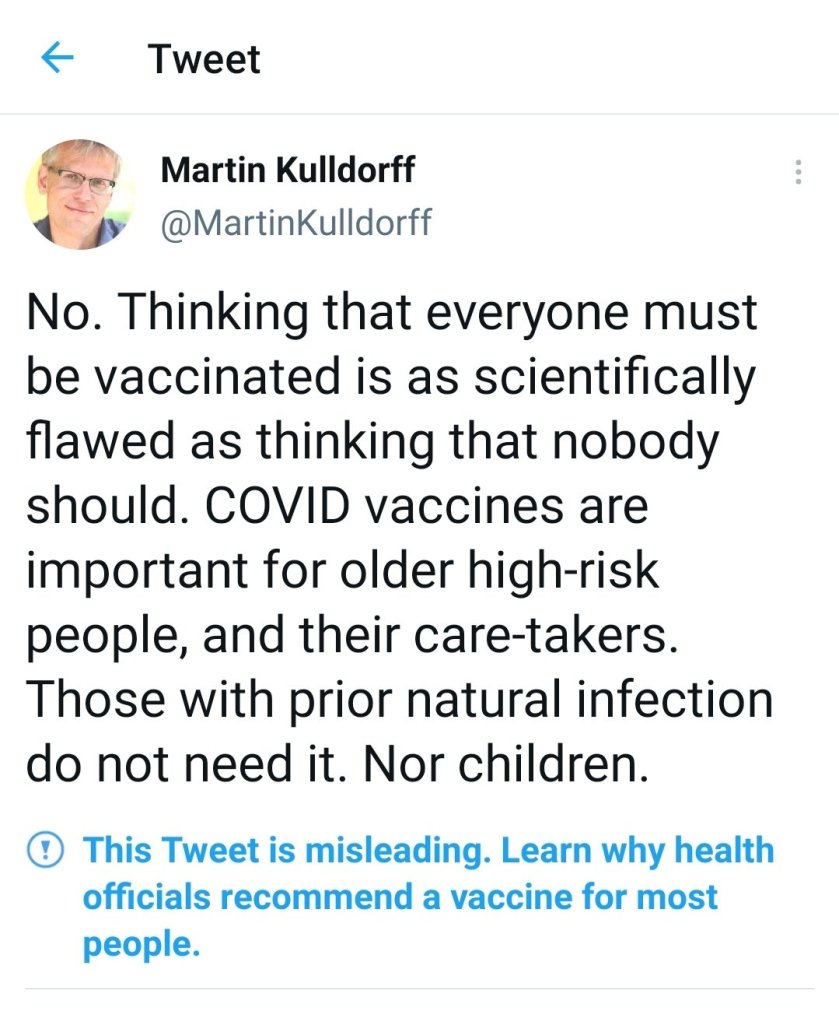 This is not just some guy being censored by Twitter for wrongthink on vaccines. This is a professor of the Harvard school of medicine. One of the most cited epidemiologists on the planet. He’s currently on the board that studies COVID vaccine safety.

Of course, Twitter stock price has more than doubled during lockdowns. So Twitter management is profiting handsomely from the official COVID narrative.

HB 1570 was just passed through both chambers in the Arkansas legislature, banning trans youth from accessing health care and health insurance coverage that we deserve and need.

Our rights and lives are under attack.

Governor Hutchinson must veto this bill.

This is in response to Arkansas banning medical gender transition for children.

I’m so old I remember when supporting the ACLU was what good people did. Good people remained the same but ACLU became horrid and completely dishonest.