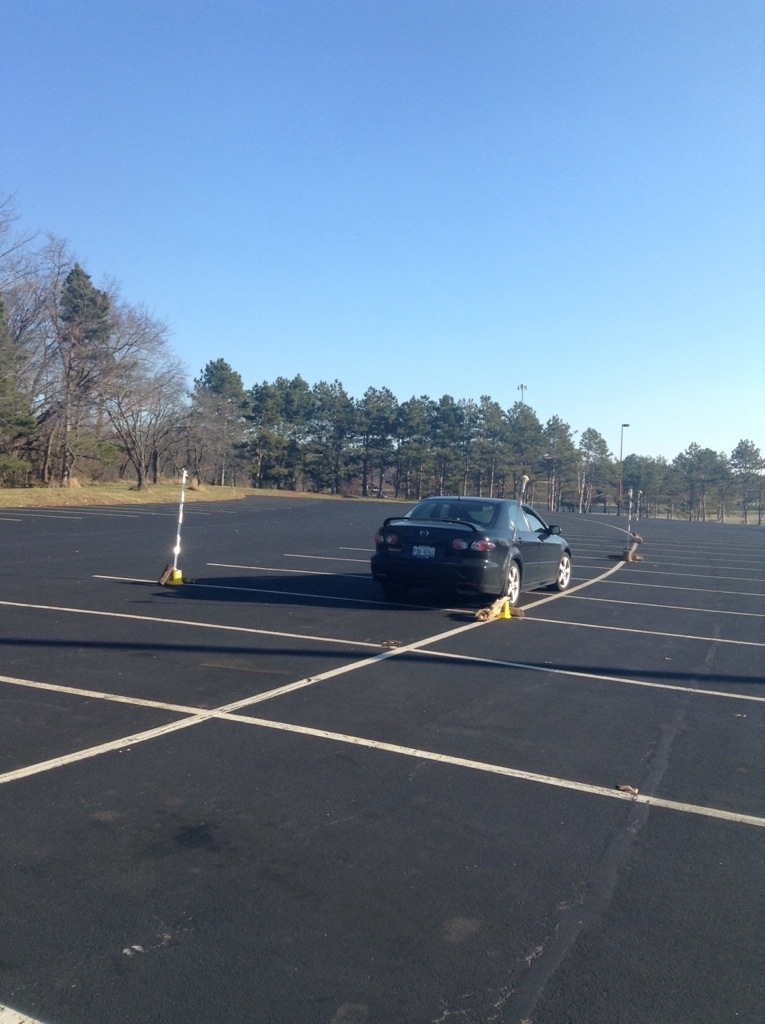 Today, after hours of practicing in an empty parking lot, I actually drove on a real road on campus. I don’t remover anything from that experience, though, because I was too terrified.

After driving, I feel like my brain has been put through an intensive cycle in a washer / dryer.

I have to say that I find Pope Francis’s apostolic exhortation Evangelii Gaudium to be absolutely vomit-inducing. The adoration of this disgustingly hypocritical piece of writing by some pseudo-Liberals is misplaced, stupid, and offensive.

Let’s see what the Pope has to say:

Yet we desire even more than this; our dream soars higher. We are not simply talking about ensuring nourishment or a “dignified sustenance” for all people, but also their “general temporal welfare and prosperity”. This means education, access to health care, and above all employment, for it is through free, creative, participatory and mutually supportive labour that human beings express and enhance the dignity of their lives. A just wage enables them to have adequate access to all the other goods which are destined for our common use.

Obviously, the only thing that can give half of the population of this planet access even to the mere hope of employment for a just wage is freely available contraception. Pope Francis heads an organization that is completely opposed to any form of birth control. Yet at the same time, he insists that human beings can only express themselves fully through working for a good wage. This can only mean one thing: for Pope Francis, women are not human. It doesn’t even enter his mind that the definition of humanity can include women, those same women who are excluded from free and creative labor compensated with a just wage if they are forced to get pregnant every year of their adult lives.

There is absolutely nothing in the world that prevents the Pope from reversing the Church’s unjustified position on contraception. As we all know, Jesus never said a word against condoms or oral contraceptives. Abortion was of no interest to him either. So the Pope could easily make it easier for all of the women who belong to his Church to “express and enhance the dignity of their lives.” He could but he will  not because for him women are not people. What is even more disturbing is that, for male professors who gush over the Pope’s writings in class, women are not human either.

I have to say, I liked Pope Benedict more than Francis. He was a jerk and a woman-hater, but at least he was honest about it. He didn’t try to disguise his vile policies in the verbiage bound to attract the most brainless among Liberals.

Let’s see another excerpt from the exhortation that made my hair stand on end:

The viciousness of this piece of garbage is mind-boggling. His policies directly lead to the creation of an underclass of outcasts in Africa where HIV condemns crowds of people to exclusion. He believes that gay people deserve to become outcasts simply because of who they are. And then he writes a cute little speech and gets idiots to swoon with joy over his “progressivism’?

In his most recent book, even Žižek recognizes that those of his Marxist brethren who insist that every oppression is caused by economic oppression are idiots. Asking women, gays, and the HIV-positive to put their grievances aside and join in the self-promotional efforts of a guy who denies them basic humanity is offensive and wrong.

Before people gush about the beauty and importance of the Pope’s exhortation, they need to remember that he heads an extremely rich organization that for centuries has exploited the fears and the ignorance of the poor to bilk them for money. This organization’s core beliefs are hatred of women, gays, and representatives of other religions. It is within the Church’s power to start reversing its own hateful policies  today. Until that happens, though, I believe that Pope Francis should spare us his saccharine platitudes.

OK, another quote from Žižek but it’s a very good one, I promise:

Even in much of today’s progressive politics, the danger is not passivity, but pseudo-activity, the urge to be active and to participate.

How many people do you know who bustle about uselessly, making a lot of noise and generating an illusion of doing something of value? I know quite a few.

People intervene all the time, attempting to “do something”; academics participate in meaningless debates. The truly difficult thing is to step back and withdraw from it.

Take that useless debate about MOOCs. I received dozens of chain emails where people debated all of the ways we should transform our teaching to prevent MOOCs from outshining us and making real teaching redundant. Or that inane debate about flipped classrooms. Or the equally inane “budget-cutting exercise aimed at awakening our creativity“. Maybe the best thing we could have done was to ignore these idiocies altogether because when we allow ourselves to be sucked into a dialogue about them, we grant them legitimacy.

Those in power often prefer even a critical participation to silence – just to engage us in a dialogue, to make sure that our ominous passivity is broken. Against such an interpassive mode in which we are active all the time to make sure that nothing will really change, the first truly critical step is to withdraw into passivity and to refuse to participate.