In spite of a hugely pregnant belly that I hoped would make me look more serious, people have no idea how old I am. All day long today, a cab driver, a bus driver, a security guard, a nurse and an orderly were referring to me as “sweetie”, “honey”, “darling”, and “there is a girl here waiting to get her ultrasound.” I also got my cheek pinched once.

I am old, though, which is evidenced by the fact that none of this annoyed me. To the contrary, I was happy I could still pass for a sweetie. Oh, the joyous days of youth when I got annoyed when people treated me as a child! Today I’m more likely to think, “Condescend to me, please! This might be the last time you feel no awe of my advanced age.”

The ad has aired for about three weeks focusing on the July Fourth holiday, but the company is still receiving angry comments posted on its Facebook page.

I don’t know why people are choosing to see the censored words as necessarily religious. The text says specifically “THEIR Creator.” For atheists and agnostics, their Creator is not God. It can be nature or simply their mother / father.

Before you object, let’s remember that authorial intention cannot possibly matter to responsible readers, especially when the authors are dead and cannot be consulted.

I often wonder whether some people are really as stupid as they make themselves sound or if they are just faking obtuseness because they think it’s cute. Here is an example:

What a clever insight Chloë Schama makes in her recent NYT Book Review essay, “Show Some Spine”: faceless women are ubiquitous on book covers these days, and they’re not just limited to so-called chick lit. When they are not figured from behind on covers such as these, women appear as headless on many book covers, Schama notes.

What are we to make of this? is it a celebration of how beautiful a woman’s back can be? a nonspecific gesture to female content? a subtle indication that the book will talk about sex and bodies? Schama asks good questions, most of which focus on whether the covers are “more inadvertent than pernicious.”

Is it possible that somebody with a modicum of intelligence is incapable of answering these childish questions? OK, I will alleviate the intense suffering of people who write silly crap for NYT Book Review. The absolute majority of readers who purchase and consume novels are women. This has been true for at least 200 years. In order to attract women to their product, publishers want them to identify with the novels’ protagonists. If a cover depicts a woman but doesn’t show her face, that makes it easier for a reader to imagine herself as this woman.

We all know that “no sound in the world is as pleasing as the sound of one’s own name.” Many people want books they can relate to. Even the fantasy genre offers intensely recognizable characters and situations. Publishers exploit this perfectly natural desire to read about things that are relevant to one’s own life in order to make money. That’s absolutely all there is to it.

Before imagining vaguely pernicious conspiracies, people would be well-served to ask themselves a simple question: “Who is the target customer of this sales strategy?”

I did not have a single pill in the house before I got pregnant. And now I have all this and I have to go to the hospital to have a monitor attached to me twice a week and get an ultrasound once a week and visit an OB-GYN (at a different location) once a week. That’s more often than I go to the office during the busiest semester.

The idiot who came up with the “Pregnancy is not a disease” meme is all kinds of stupid. Does this photo look like one depicting the lifestyle of a healthy person? There is more stuff, by the way, but I couldn’t fit it all in here. 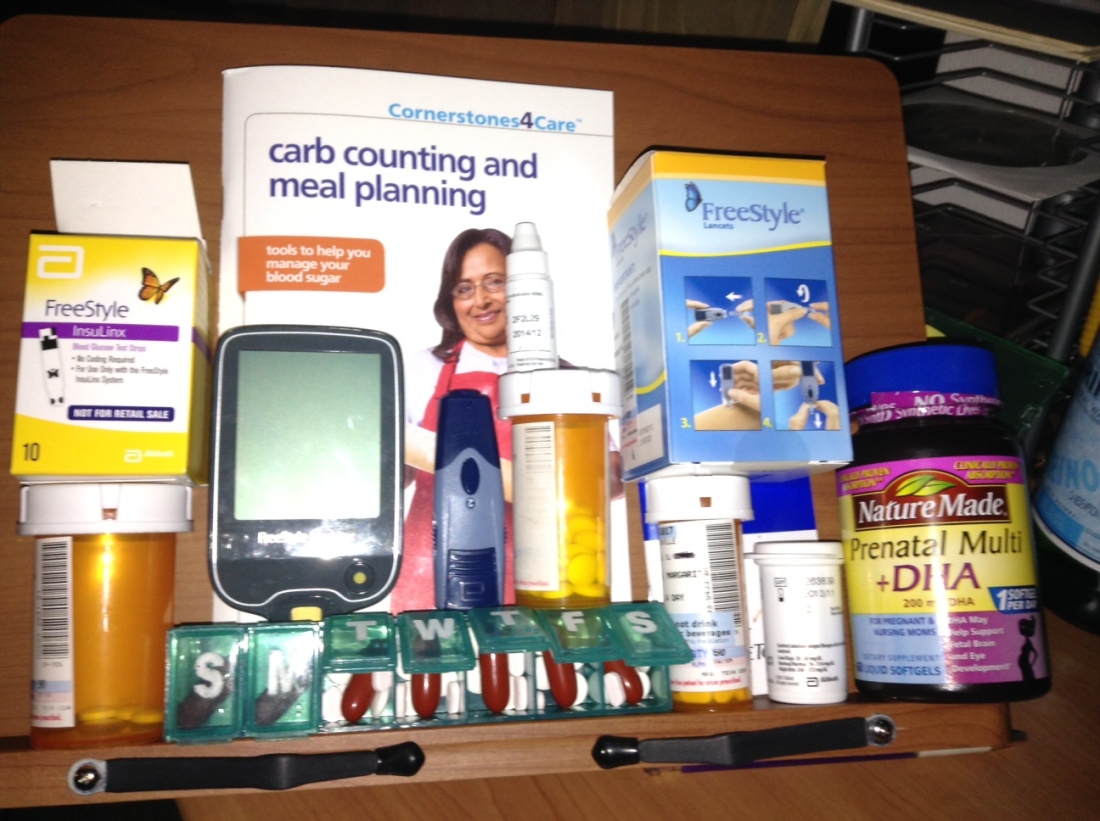 And while I’m at it, what’s with the obnoxious “In the XIXth century women gave birth in the fields or at best in their beds with no doctors or hospitals, so what kind of feminist are you to sacrifice this kind of female independence and rely on male-dominated medical establishment”?

How is it anti-feminist to make the medical establishment serve my needs anyway? If most of the workers in the automotive industry are men, should women stop using cars?