And here is my own small home improvement project: 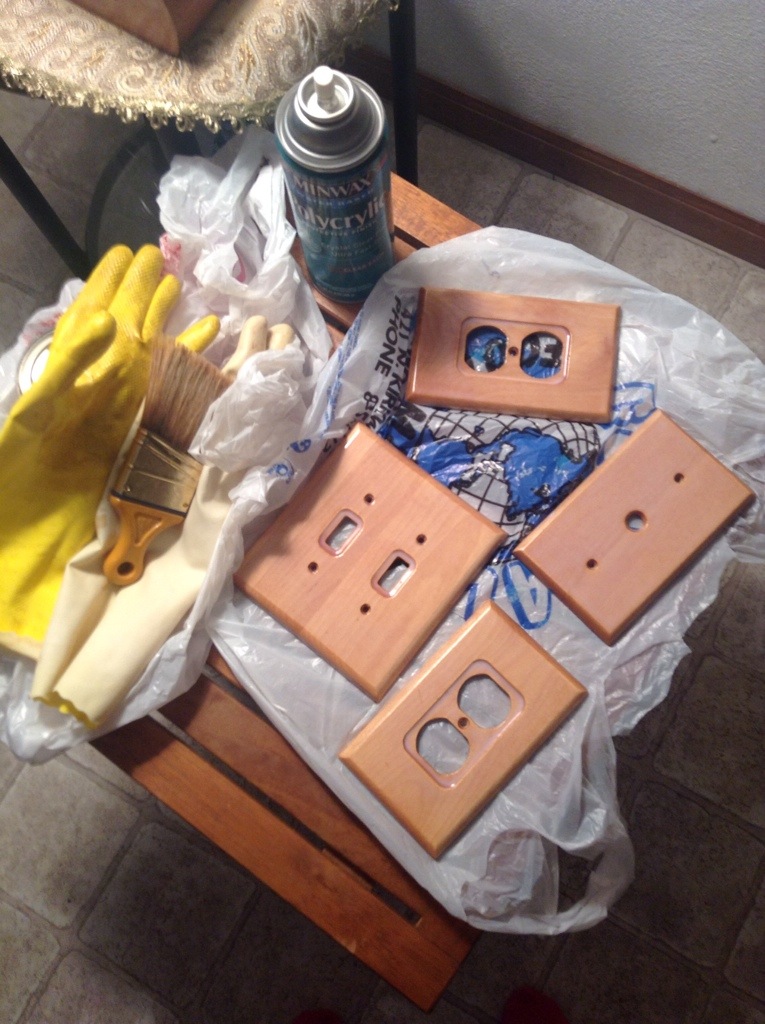 I wanted these outlets to match my fireplace but there were none to be found. So now I’m staining and lacquering them on my own. It’s been two days because you need to let them dry between coatings.

Of course, I made a mistake almost right at the start when I needed to clean my brush, glanced at the instructions, read “immerse in water”, and immediately immersed. Two seconds later I noticed the words “under no conditions” right before “immerse in water.” This reminded me that I still needed to tell my students to use the totality of textual evidence for their analyses of texts. The brush, in the meanwhile, was ruined.

In the last six months, the word “Maidan” ceased to refer, among Ukrainians, to Kiev’s Independence Square and has come to stand for the protesters who have been occupying it since late November.

The Maidan is now not a place but a movement of people who stood up for their human dignity and brought down a corrupt regime. Many of them have decided that their mission is complete now that Ukraine has its new democratically elected president. Many, however, are unable to leave.

Today the Maidan offers a striking sight. It is filled with tents, shacks, makeshift shelters. Some people have started to build a house right in the middle of the square because they don’t envision being able to leave the Maidan for a long time to come. Clothesline, small children, household pets, pots and pans – the Maidan is slowly acquiring all of the characteristics of a slum.

Everybody in Kiev realizes that having a full-scale favela in the middle of the capital is not a good idea. The problem is that nobody knows how to get the people living in the square to leave. Removing them by force would be too reminiscent of Yanukovich’s attempts to evict the protesters from the square, and we all know how that went for the former president.

When journalists and passers-by ask the inhabitants of the Maidan when they are planning to leave, the former protesters become visibly disturbed. Most of them have families who are hoping they would finally come home, but the allure of the Maidan is stronger. This is the place where they experienced heroicism, self-abnegation, camaraderie and found a sense of purpose. Going back to the humdrum existence of trying to make a living and get by is unappealing after the experience of being responsible for the very existence of your country.

Ukrainians have always been great at the extraordinary and the grandiose. The heroics of fulfilling repetitive daily tasks and carrying one’s individual, rather than collective, burden are less attractive, though. For many of those who found their sense of purpose in the Maidan, the square might prove not a beginning of their journey towards a better life but, tragically, its end.